Usucapione dates back to Roman law. As long as it hadn’t been obtained through theft or force, usucapione allowed someone 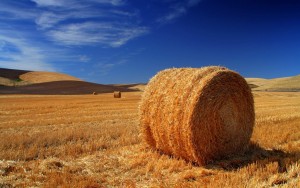 who was in possession of an asset, without the title to it, to become the lawful proprietor if the legal owner didn’t lay a claim to the asset after a certain period of time.

Usucapio laws were incorporated in to Napoleonic law and later, elements of the legislation were taken in to modern day Italian law.

Current Italian laws of Limitation of Rights or Adverse Possession concern the uninterrupted and unchallenged use of an immovable asset;  a parcel of land, or a building by someone who does not actually own the title to the land or building.

Adverse possession is one of the most contentious ways of acquiring a property. Generally, in order to apply to register a title to a property, the adverse possessor of the land or building will have been in possession of, or using the property for 10 years, although there are provisions which extend this to 30 years. Legally, at the end of the relevant time period, the adverse possessor can apply for a court judgement to become the registered owner of the land or building in question.

There are five basic requirements that must be met for someone to make a claim of adverse possession on Italian property:

Do you find yourself in a similar case?

Take the case of an American, who in 2001, inherited a house and land in Italy from an elderly Italian aunt with whom he who had spent many enjoyable summer holidays when he was growing up. He remembered a piece of land between his aunt’s house and the neighbouring property, being used by the neighbour to cultivate vegetables. The nephew assumed that the vegetable plot belonged to the neighbour, who was a distant cousin.

Following probate, the neighbouring distant cousin offered to look after everything for the nephew. For many reasons, this seemed like a good idea so the nephew entrusted the property’s maintenance to the distant cousin. The cousin looked after the American nephew’s property well and continued to use the parcel of land between the properties. In fact, the cousin liked the piece of land so much that he had it fenced and built a patio,  barbecue area and a gazebo.

In the summer of 2013, the American nephew retired. He and his wife decided to move to Italy. Once they were settled in, the nephew decided to have his property surveyed and discovered that he in fact had legal ownership of the fenced off parcel of land between his and the neighbouring cousin’s property. The question was, did the nephew really own the land? Because of the cousin’s open and unchallenged use of the property for over 30 years, legally this trumped the owner’s contractual right to possession.

If you are an Italian property owner, if you do not dispute the use of your property, you, as the legal owner, may well be deemed to have abandoned your rights to the property. There are several elements needed for adverse possession to apply for title transfer and registration:

Usucapione can have a dramatic impact upon land ownership rights. An encroachment could result in the title of your property being transferred to an adverse possessor. Under these circumstances, you might have to bring a lawsuit for trespass in order to prevent someone from getting the title to your land.

For example, someone who has no legal entitlement to a parcel of your land may have been openly using that land to cultivate vegetables for a decade or more and you, as the legal owner of the land, have periodically received some of the produce as a gift. From a legal point of view, this could be construed as you, the property owner, benefitting from the land, or even receiving a peppercorn rent. It could imply your tacit agreement to the cultivator’s adverse possession of a piece of your land.

If you are considering purchasing property or land in Italy, it is important that you don’t sign any documents or paperwork before conducting appropriate searches related to usucapione. It is vital to understand exactly what you are buying, where the boundaries are and what type of easements, such as rights of way exist.

Purchasing a property anywhere is a major financial commitment for most people. Make sure you safeguard your conveyancing. We would always recommend that you seek independent legal advice before making any legally-binding commitment.

« Previous Story Italian Property Survey – Need One Or Not?
Next Story » Farewell to The Certificate of Habitability?