Italian legislation on Biotestamento is divided into two parts: the first, more general part, deals with giving informed consent on medical treatments and on filling in DATs (disposizioni anticipate di trattamento, the Italian for anticipated instructions for treatment), through which a person may indicate wishes in relation to the medical treatments he/she intends to be subjected to when he/she is no longer conscious due to an accident or to an illness. END_OF_DOCUMENT_TOKEN_TO_BE_REPLACED

What does ‘Unclaimed Italian Properties’ mean? Between 1861 and 1985 over 29 million Italians emigrated to other countries. About 18 million permanently settled abroad, predominantly in the UK, USA, Canada, Australia and Argentina. In 2011, there were 4,115,235 Italian citizens living outside Italy and several tens of millions of descendants of Italians, who emigrated in the last two centuries. 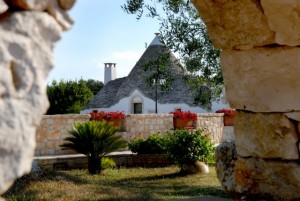 When Italian emigrants went abroad, they often left property and land in Italy. It is a myth that this property was confiscated by the Italian State. The reality is that the property is still here in Italy, unclaimed, and the original owners, deceased many years ago, are still on the title deeds. There are many thousands of these properties and parcels of land across Italy and in many cases the descendants of emigrants living outside Italy could still claim them. Over the years, I have been contacted for help and advice by many descendants of Italian emigrants who want to find their ancestors’ property in Italy. In some cases, people come to me after spending considerable time, and substantial amounts of money. END_OF_DOCUMENT_TOKEN_TO_BE_REPLACED