Are you resident or domiciled in Italy?

In today’s post, in response to a number of questions we have had at De Tullio Law Firm regarding this topic, I explore the legal and tax implications of Italian residency and domicile as they pertain to EU and non-EU nationals.

This is a very complex area and because every individual’s case is different. I would strongly recommend that you seek advice and guidance from your lawyer and accountant. 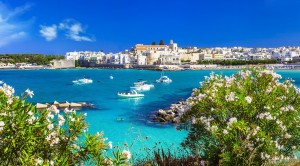 For EU nationals, a visa is not required to enter or to work in Italy. A valid identity document issued by the relevant authorities in an individual’s country of citizenship is sufficient to allow entry to live and work in Italy.

Italian Immigration Law states that if a non-EU national wishes to enter and remain in Italy, it must be verified whether or not the individual is going to work in Italy.

If a non-EU citizen is going to work in Italy, they will need to apply for and obtain a work visa issued by the competent Italian Consulate in their country of citizenship or residency. A work visa allows non-EU nationals to work in Italy and can be obtained through quotas or extra-quotas.

In order to obtain an elected domicile visa, an individual must be able to demonstrate, to the Italian Consulate in their country of citizenship or residency, that they are able to live in Italy without working or having recourse to Italian state benefits. The individual’s financial resources must be regular and constant. The income can be generated from an individual’s real estate property, regular economic and commercial activities, pension and/or trusts and/or other legal sources.

Applicable tax laws are determined by whether an individual is considered to be domiciled or habitually resident in italy.

Domicile is generally determined by an individual’s intention to permanently or indefinitely reside in Italy. Often, an individual will physically have a presence in the country. Domicile is a legal concept. Its rules have been established by way of case law rather than a statutory definition. There are three types of domicile:

Domicile of Origin: usually acquired from an individual’s parents.

Domicile of Dependency: This is the domicile a minor holds if the parent’s domicile changes while he/she is still a minor. When the minor reaches 18 they then hold an elected domicile.

Habitual residence is determined by which country the individual habitually resides in, as opposed to domicile, which takes in to account the subjective element of an individual’s intentions.

The EU test for habitual residence is based on an individual’s interests rather than by a particular duration of residence. In 2014, the European Commission published a practical guide on the Habitual Residence Test.

The three tax residency tests are:  the registration test, the residence test and the domicile test.

The registration test is straightforward. If an individual is registered as resident with their local municipal office – in the comune where the individual’s residential address is located the test is fulfilled.

The residence test is factual and based on two components. The first component of the residence test is based on physical presence in Italy, which must be regular and continuous, as opposed to sporadic and occasional. If an individual spends time both in Italy and in another country, the periods of presence outside of Italy are calculated and compared with the periods of presence in Italy to see which one is prevalent.

Domicile is defined as the place where an individual has established their principal centre of interests for business and or social reasons. In this context, ‘interests’ include personal, social, moral, familiar, economic, professional and business interests and relationships.

Unlike the residence test, the domicile test is not based on physical presence in Italy or the amount of time spent in Italy; rather, it revolves around an individual’s intention to establish and keep their main centre of relations and interests in Italy. There are tax implications based on the nature, extent and quality of the connections between an individual and Italy, compared with an individual’s connections with any other country.  As a result, an individual who primarily lives abroad, but maintains their principal centre of interests in Italy satisfies the domicile test. The domicile test therefore requires careful and comparative evaluation to balance all the facts related to business or personal relationships that are connected with Italy compared to those connected with other countries.

In 2011, the Italian Supreme Court referred to a 1991 decision of the European Court of Justice relating to a non-tax matter. The Italian Supreme Court concluded that in the case of multiple relations and ties with different countries, where the location of the principal centre of an individual’s interest cannot easily be determined, a prevalent consideration should be given to the relations of a personal nature.

However, more recent decisions suggest that extensive economic interest may outweigh personal connections in establishing an individual’s domicile and therefore an individual can be considered liable to pay tax in Italy.

In a ruling in April 2012, the Italian Supreme Court held that a family living in Monaco qualified for tax residency in Italy despite proving, amongst other things, childrens’ school attendance records, household utility bills, membership of local clubs that the family lived in Monaco. The ruling was made based on the fact that the individual maintained significant interests and management positions at several families owned Italian companies which he mainly managed from Italy.

The Italian tax administration has issued specific guidance on the application of the domicile test for the purposes of determining Italian tax residency of individuals by way of the Circular n. 304/E of December 2, 1997. Circular 304 provides instructions for the tax agency’s control and audit activities, which should include the following:

One Response to Are you resident or domiciled in Italy?